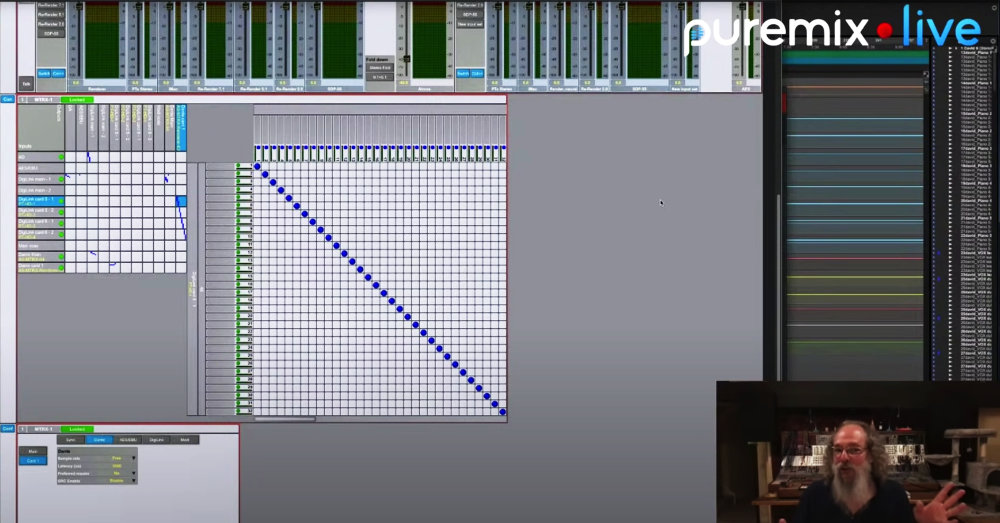 Andrew Scheps appeared in a Puremix Live session in which he shared how our Dante Card saves him a ton of production time when rendering for Dolby Atmos.

Andrew Scheps is one of the audio engineers that probably doesn't need further introduction, but if you should happen to be unaware of his career, he has worked in the studio with artists like Red Hot Chili Peppers, Adele, Metallica, Jay-Z, etc. and has mixed three Grammy-Award albums. And from the time when he did live tours, he was on the road with Michael Jackson and Stevie Wonder over the years.

You get the idea! He has been into pro audio for decades and is highly regarded for his studio skills, as well as deeply knowledgeable within the field. Also, he is not afraid of being among the first movers when new technologies emerge - including IP Audio and Immersive Sound formats.

1. How to Stream in Realtime to Dolby Atmos Renderer at 48 kHz 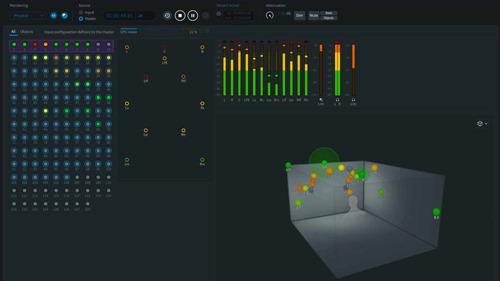 In his studio, Andrew has an MTRX as the audio interface and routing center piece. It is stuffed with Analog and DigiLink cards, as well as an SPQ Speaker Correction card and a Dante Card that is a true time - and workflow - saver.

The Dolby Atmos renderer has to run at 48 kHz and is installed on a separate Mac Mini to which he passes the audio from the main Mac Pro via the MTRX's Dante Card.

However, his actual sessions often run at other sample rates such as 88.2 or 96 kHz, which means that it would be necessary to render the entire project converted to 48 kHz.

To avoid this and being able to stream audio directly from his DAW and to the Dolby Atmos renderer, Andrew simply utilizes the SRC that is built right into our Dante Card: 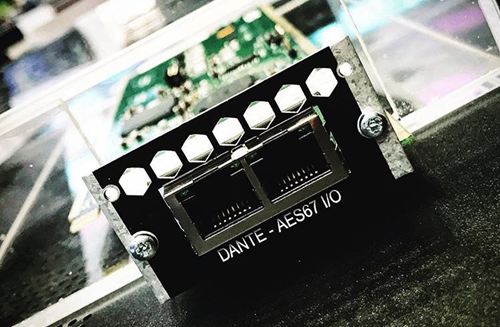 "if I open up a 88.2 kHz session, most of the Dante network will just switch to 88.2 kHz and everybody just talks to everybody else and is super happy. However, the renderer would not be happy, but the Dante Card has built-in samplerate conversion so I can fix it to 48 kHz.

So, the idea I'm samplerate converting in and out of the renderer - if I'm not working on a 48 kHz session - sounds like it would take a huge sonic hit, but I can't tell the difference between 48 kHz with the samplerate conversion and 48 kHz without it. It's that transparent - it's genius!"

"Dante is mind-blowing! I don't understand how it can possibly work. Because it's basically thousands of audio channels - up to 192 kHz - and you can have multiple samplerates co-existing at the same time on a 100-based T gigabit Ethernet via standard CAT 6 cables.

It's not anything crazy, you don't need fiber. I got a Cisco switch, because I decided to have a very good router, but you could use a Belkin switch and just plug all the Ethernet cables in and everything talks to everything.

(...) It's very complicated in the sense that you can route audio from anywhere to anywhere, but it is so insanely powerful and it remembers everything. You can unplug a device, plug it back in three years later and as long as nothing has changed names, it will reconnect itself to everything it was supposed to connect with and everything just works.

So it doesn't matter if you turn something on or off, or disconnect stuff - when you plug it in next time it will just hook itself up. It takes a while to get your head around it and set it up, but then it just works brilliantly!"

3. DADman Allows for Monitoring in Any Format

Andrew decided to create a monitoring setup in the DADman control software that enables him to quickly flick between a wide palette of different audio formats. The Mac Mini that runs the Dolby Atmos Renderer software streams all kinds of audio formats simultaneously via Dante back to the MTRX, which allows Andrew to switch seamlessly between 9.1.4, 7.1.4, 7.1, 5.1, 2.0 and Binaural.

Bonus info: Andrew also runs all of his EQ-ing for speaker correction and delay from an SPQ Speaker Correction card in his MTRX.