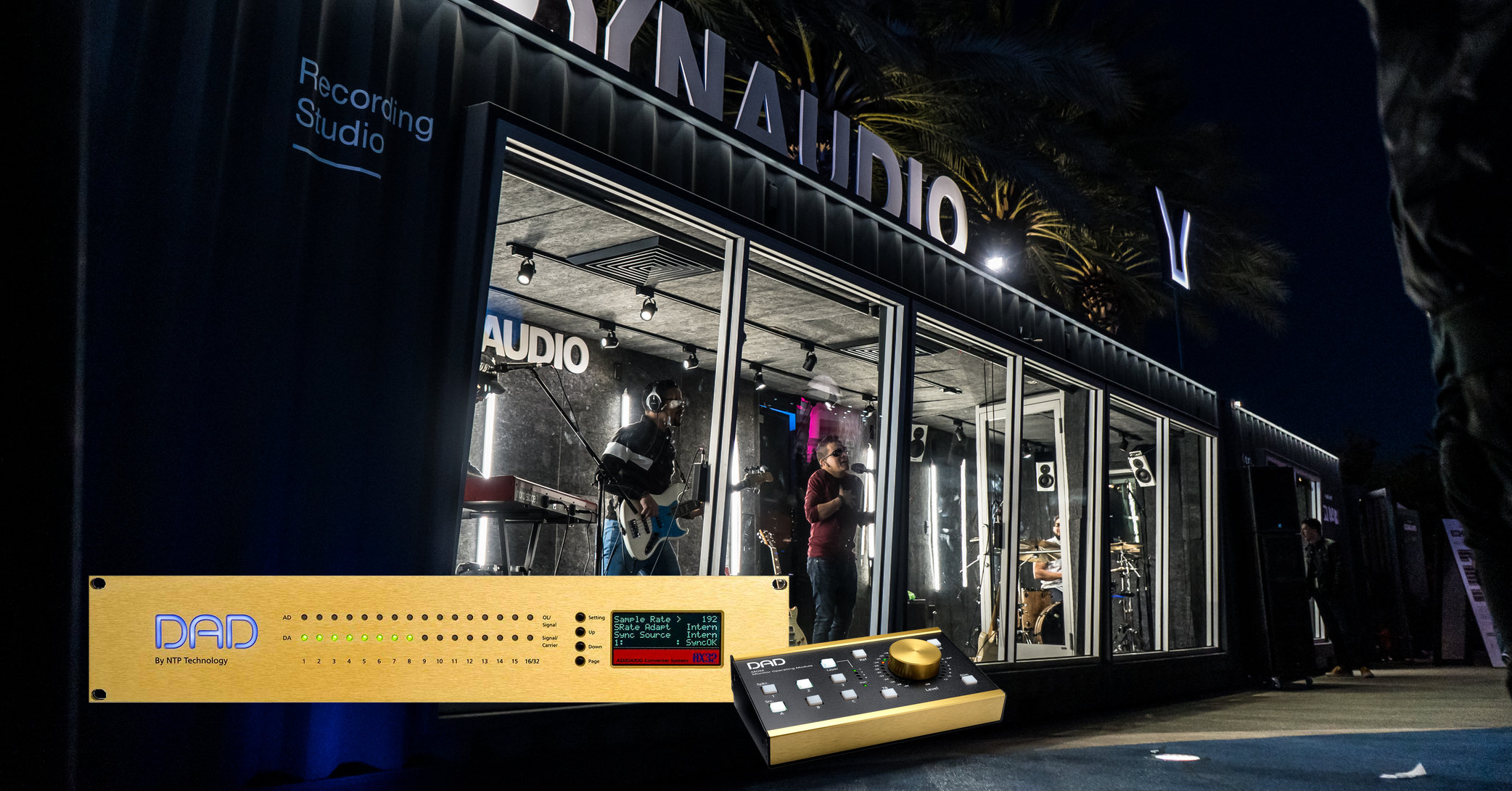 In 2018, our friends from Dynaudio introduced their mobile recording studio, which is built out of two huge shipping containers, named Unheard, as its main purpose is not to record established stars, but rather upcoming and aspiring artists that have not yet had their big break.

We were thrilled that they chose AX32 for the project, and you can read much more about the setup of the original Dynaudio Unheard studio in this article. Now, given the size of the studio it would be very time-consuming to ship it across the Atlantic to tour North America, so the solution was simply to build a second studio. And once again, both our MOM Hardware Monitor Controller and DAD AX32 are onboard.

The latest incarnation of the Dynaudio Unheard studio has a slightly different technical setup, incorporating two Waves LV1 systems to run the effects processing in the studio and the Front of House, as all Unheard appearances are recording sessions as well as live concerts with an audience who can follow the process of creating a track in a studio.

Live Production is an AX32 Application 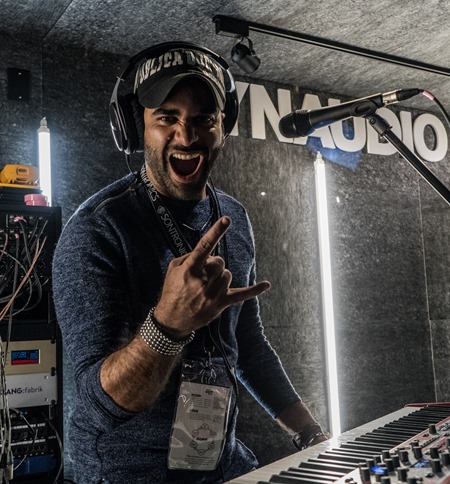 What is common across the Unheard board is that all microphone and instrument signals need to be captured as pristinely as possible in the analog domain – and then taken to the digital domain in a quality to match.

That is where AX32 steps in and takes on the role as a full-blown – and very high-end – live stage box. Plus, apart from AD and DA-conversion, it also does some DD-conversion between various digital formats, including MADI, AES and Dante.

The Dynaudio Unheard US-edition premiered at the NAMM show 2019 in Anaheim, and at that particular appearance, AX32 gathered the signals from more than 20 DPA microphones, as well as line signals from a Clavia Nordstage 88 stage piano and active and passive Radial DI boxes.

We caught Unheard producer and head engineer, Ashley Shepherd, in the control room at NAMM 2019 for a quick chat about how AX32 is implemented in a very central spot in the setup. He also shares details on how he uses the MOM monitor controller in the studio in every session:

SPQ to the Rescue 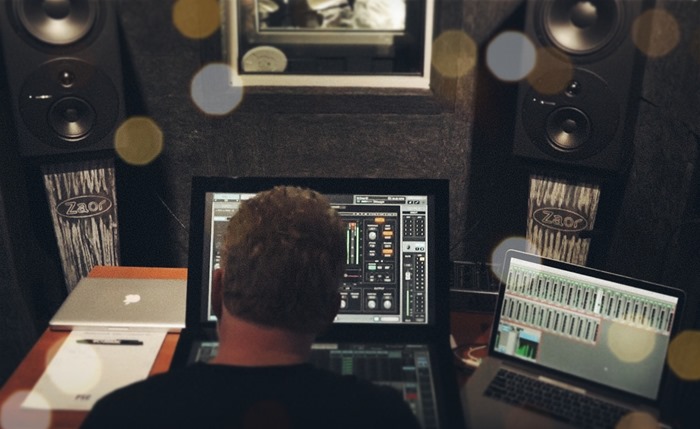 AX32 served one additional, but critically important, purpose in the Unheard studio at the NAMM show. The studio monitors in use were, obviously, Dynaudio’s own, and in this case, it was a range of brand-new ones that they actually launched at the show – the Core models.

While they have been measured, tested and refined in every way possible, one issue that is always going to be present was also the case here.

A studio monitor only sounds as good – and accurate – as the surrounding environment allows it to. And while the Unheard recording and control rooms have been acoustically dampened, they have not received the acoustic treatment that a professional studio with a fixed location would have.

But luckily, there was enough room in the AX32 mainframe to add an SPQ speaker processing card, which meant that Stephen Entwistle, Senior Designer, Acoustics at Dynaudio, got a chance to measure the control room and apply a bit of speaker correction to make the Cores sound as intended in the particular environment in question.

We also had a quick chat with Stephen about how he set it up and what tweaks he actually applied:

Ultimately, AX32 is so flexible that it is hard to point out a single application that is was born for – or that it’s best at. And that was never the point anyway!

We simply wanted to develop a flexible solution that would scale to any need whether it is for music studio recording and complex routing, super high-resolution classical location recording setups, film post production facilities, live sound productions, or whatever you could think up that needs pristine audio conversion and a routing infrastructure that is second to none.

We are definitely pleased to see AX32 becoming a key player in more and more live sound setups, including major touring rigs with top artists like Lukas Graham, as well as with the aspiring stars that connect with/to us through Dynaudio’s Unheard touring concept.