Bridging Analog Icons and Live Experiences at The Village

Not so far from our headquarters in Copenhagen, you will find a very special recording studio where old meets new and studio life merges with live experiences…

As soon as you enter to the heart of The Village Recording – the control room – you immediately sense that this place is something quite unique. And even though the control room may be the hands-on core of the studio, every room you enter unfolds and reveals new atmospheres and amazing gear.

The owner of The Village Recording, Thomas Vang, is as passionate a musician as he is a studio engineer. He has been playing the bass professionally for decades and perfected his skills and chops at the Rhythmic Music Conservatory in Copenhagen. 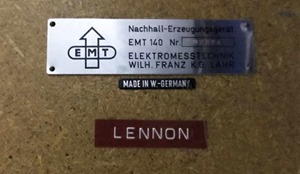 Apparently, he also has a soft spot for classic analog gear, as The Village Recording is jam packed with vintage instruments, including an upright piano from the 19th century, a Fender Rhodes, a Würlitzer and analog synths. Plus, of course, an impressive collection of classic guitars and, obviously, not least basses.

Finally, you can add to that a large Neve mixing desk and tons of iconic analog outboard units, including John Lennon’s old EMT 140 plate reverb.

From A to D and Back Again 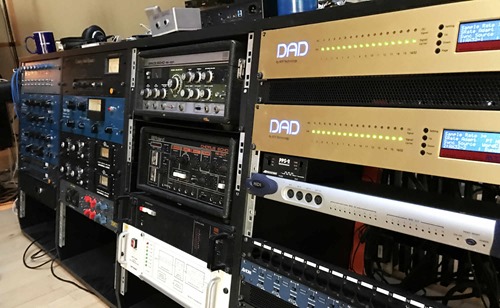 At The Village Recording, there is even a two-inch analog tape recorder, but Thomas did move to digital and uses Avid Pro Tools as his main DAW. So, if you have this much delicious analog gear sitting in the racks, you obviously want to preserve their unique sonic flavors when they have to pass their signals on to the digital domain.

That is where we come in, because two AX32 units sit comfortably in the racks to safeguard the digital gateways at The Village, handling 40 channels of AD and DA conversion.

“The analog diamond and heart of the control room is the Neve desk that actually has quite a history,” says Thomas. “It is from November 1970 and was originally owned by Fleetwood Mac, but also served at Ocean Way Studios from 1978 to 1983, having tracked classics by Chaka Khan and many others.

The channel strip EQ’s on the console are 1064’s, which are basically the same as the classic 1073 preamps, only without the stacked knobs. 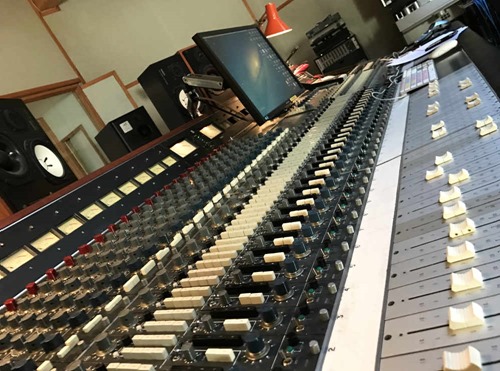 It sounds amazing and that is of course a flavor that I want to preserve all the way into Pro Tools. I already had super high-end converters in the studio, but still, I could definitely hear a difference once the AX32 took over. For a while I used Apogee converters and were really happy with them, but then at some point, I swapped them for Lynx converters that sounded even better. Then, as soon as I heard the AX32, I was like ‘Wow! This sounds really, really great!’ It was like there was a new depth and calmness to the sound that I had never heard before.

It’s hard to explain in words, but I guess that it’s probably what you mean by ‘transparency’ – like there is nothing in between the analog sound and what I can hear in Pro Tools. What you hear is now actually what you get.

In fact, since I got the AX32’s my GAS (Gear Acquisition Syndrome, ed.) has disappeared. I used to Google all kinds of gear constantly, but now I just feel like, finally, the studio is complete. I guess you could say that I am saving both time and money now, essentially making it a very good investment,”  Thomas laughs.

But what about the analog preamps on the AX32’s? We designed them deliberately to be as transparent as possible, not adding any sonic coloration to the table. We wondered how these would fit into a studio that lives and breathes the vintage flavor.

“Well, even though the vast majority of my productions are within the jazz sphere, I actually do a little bit of classical recordings, too. I haven’t had any classical projects since I had the AX32’s installed, but when I do, I would imagine that the built-in preamps would be great for such a task.”

Past, Present and Future 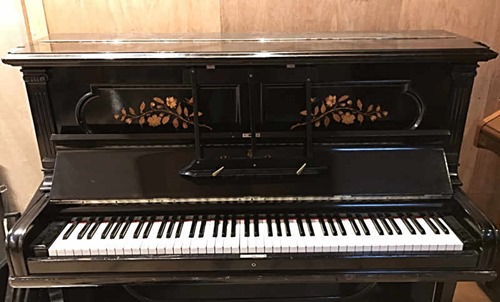 Before Thomas bought the studio and renamed it The Village Recording, it was actually, in Denmark, a quite famous studio called Focus Recording that was also primarily doing jazz productions. And some of the legendary musicians, who have tracked within these walls, include jazz icons such as Oscar Peterson, Niels Henning Ørsted Pedersen and David Sanborn.

As already mentioned, Thomas is presently carrying on the tradition of producing acoustic music – first and foremost jazz – in these buildings. And he must be doing a great job because an impressively large amount of the albums nominated for the Danish Music Awards in the Jazz category were produced right here at The Village Recording.

Later this year, an album by Norwegian pianist, Jon Balke, will be released by the legendary German jazz record label ECM. And this album was recorded and mixed by Thomas at The Village, which he considers quite a compliment, as not many ECM releases escape the skilled hands and ears of studio engineers Jan Erik Kongshaug or James Faber. 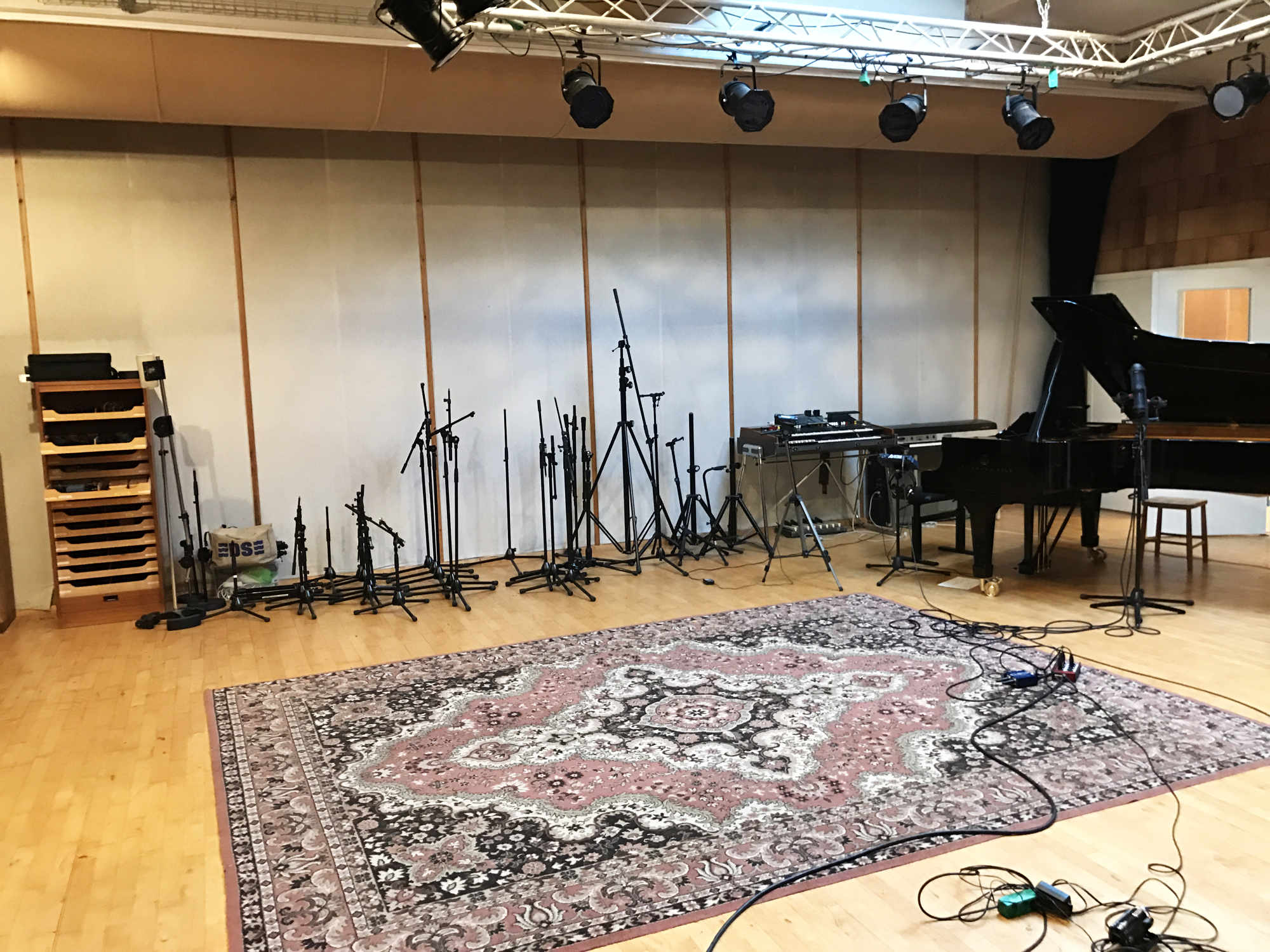 Most often, jazz recordings are captured live in the studio. Sometimes, a retake is possible, of course, but it is very different from the track-by-track-layered productions that are often the approach taken on pop and rock studio sessions. So, why not take it all the way and invite an audience into the studio while recording? 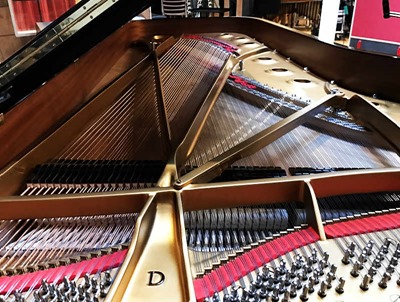 The Village Recording regularly hosts concerts with a live audience, which is a brilliant idea that we think many others should consider if they have the physical surroundings to support it. No doubt, the musicians react to having an audience and the outcome could be even more interesting. 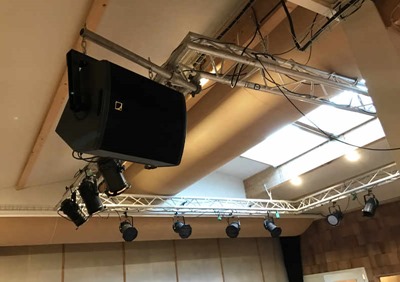 On a few occasions, such events have even been documented on film, so why not wrap our visit at The Village Recording up by enjoying a great recording captured right here with a live audience in the main studio room.

Because at the end of the day, all that really matters to a passionate musicians and engineer like Thomas is music, and there is probably no better way to serve music than playing, recording, producing and releasing great performances for present and future generations to enjoy and get inspired by.

The amazing-sounding band in this recording consists of two Danish musicians, Michael Blicher (sax) and Dan Hemmer (Hammond organ), who are joined by the legendary American drummer Steve Gadd. Enjoy!