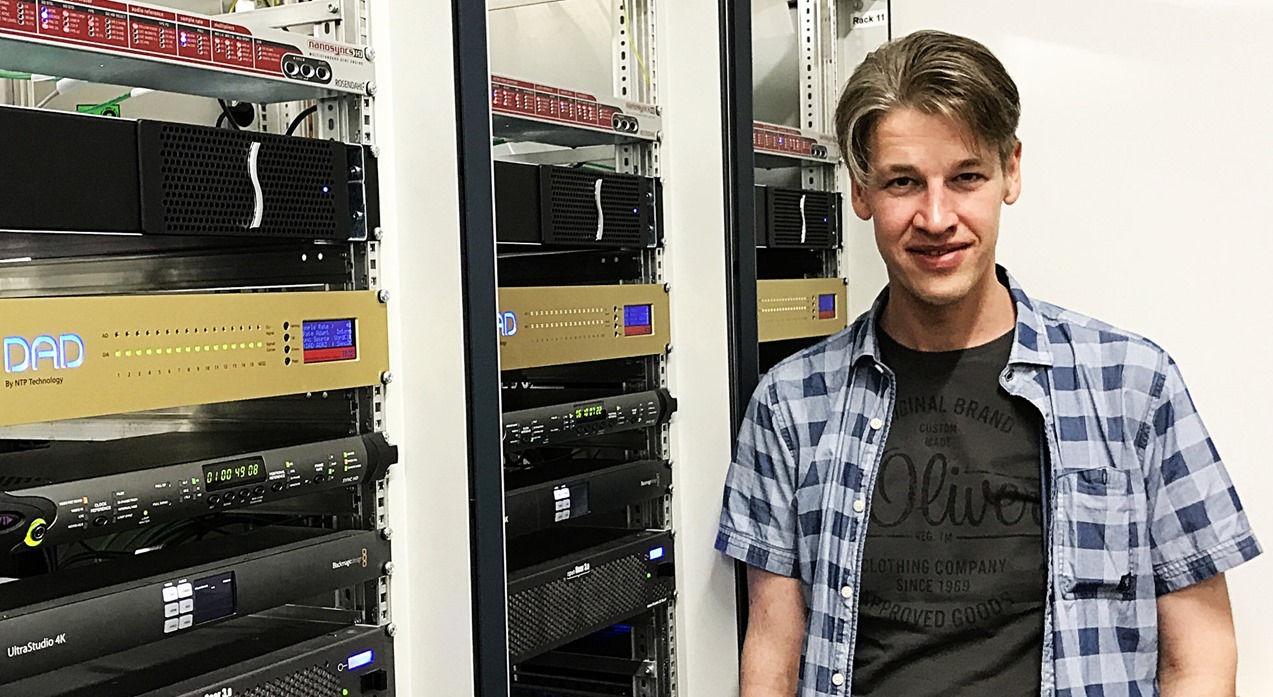 Berliner Synchron has specialized in dubbing and synchronizing in German for almost seven decades. Yet, there are a few new things to add to that story…

At Berliner Synchron in, well Berlin, familiar faces include stars like Tom Hanks, Leonardo DiCaprio, Denzel Washington, Brad Pitt, Tom Cruise and Will Smith. Not in the flesh, but appearing on the screens around the facility when they are overdubbed by German actors for movies like ‘Catch Me If You Can’, ‘Jack Reacher’, ‘Allied’, ‘Men in Black’, ‘Jurassic World’, ‘The Equalizer’ and many more.

Speaking one of the world’s major languages, the Germans have been used to watching international movies and TV shows in their native mother tongue, and within that particular field, Berliner Synchron is one of the absolute heavyweight players, having delivered German-language versions for more than 8,000 productions over the years.

While Berliner Synchron has delivered content ever since 1949, they have just opened a whole new chapter in their company history. The field of production is still the same, but having resided in a building from 1938 that was due for some serious restoration, it was time to take a big decision. Should they stay, or should they go? Eventually, it was decided that the best long-term solution would be to make a hard cut and relocate to a brand new building.

It turned out that a new building was being planned in the EUREF-campus in Berlin’s Schöneberg district. The EUREF-campus mainly hosts green companies with a focus on renewable energy, but still, Berliner Synchron managed to get a really nice spot.

In fact, they worked with the architect to change the ceiling height of the ground floor to 4.27m to make it suitable for their needs. And in the spring of 2017, Berliner Synchron took the plunge and moved in, occupying the ground floor and 1st floor of the new building.

So, when you have to move 65 employees and no less than 7 recording studios and mixing stages, all tied into a highly complex infrastructure of audio and video streams across the facility, you would imagine that it is necessary to take out a few weeks or months to make the transition – but not in this case. It may be a cliché, but the crew at Berliner Synchron definitely fits into the stereotypical assumption of the Germans being extremely organized and efficient. They made the entire transition happen over an extended weekend! 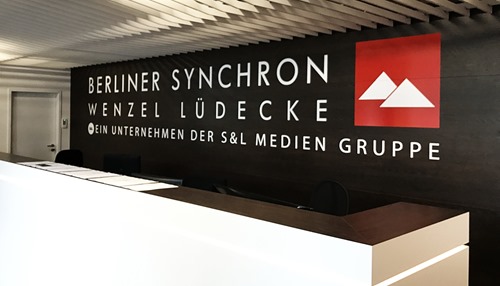 “The quick transition was possible for several reasons. First of all it took a lot of planning, and that process began all the way back in 2013. Secondly, we decided to also invest in a lot of new equipment, making the definite transition from analog to all-digital,” explains Michael Gerbes.

“The actual move to the new facility happened in March 2017. We shut down production on a Friday and started packing down everything that had to come along to the new location. Then 72 men came with a crane and moved everything over the weekend and during the following Monday, we connected and tested everything. Tuesday we were up and running again, having only lost two days of production time!”

While ‘film’ is a key word, the list of clients is not ‘just’ holding film production companies, but also distributors, TV stations, streaming services and companies who create training videos for internal use for e.g. staff education.

In the past, Berliner Synchron also used to offer original sound production and would sometimes take in complete projects that would include recording, editing, mixing and overdubbing. However, such projects requires months of planning in advance. It was not a problem in terms of staff, equipment or knowhow, but conflicting time tables occurring from taking in such large and lengthy projects, while at the same time have numerous smaller projects, lead to the decision of increasing the focus on only one thing: overdubbing!

The Art of Translating and Lip Syncingg

In total, Berliner Synchron has five recording stages, particularly designed to capture dialog, and on a typical overdubbing recording session, there would be at least four people involved: The local-language voice talent, an editor, a director and a sound engineer. In rare occasions, the actual director of the film would be present, but more often they send someone from the team who knows every detail of the film in question. The American filmmaking legend Woody Allen, for instance, always does that. In other cases, the local distributors have some very talented people, who specialize in supervising overdubbing projects.

Language is one thing, but adding cultural differences to the equation, an overdubbing project is indeed a very creative process, too. You need to capture the meaning of dialog – not necessarily just translating the words. This is exactly the same challenge book translators and copywriters face, but there is one very significant difference. In overdubbing, you also have to make that ‘semantic transfer of meaning’ fit to the lips of the person speaking in another language. And to make matters even more challenging, most films are in English and it typically takes a few more words – or at least syllables – to express the same meaning in German even in a fairly short sentence. Luckily there is one thing that helps make this ‘fit’ just a little easier – and it’s not a technical hack of any kind. 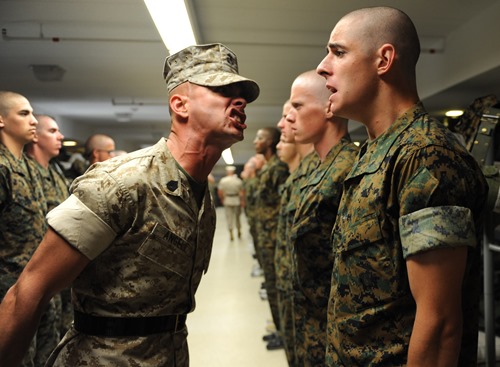 “If you lip sync an English actor with German words, it usually looks better and more natural if you start just a little bit earlier and finish just a bit later. Had it been the other way around, it would have been much harder to make the lip sync look natural,” explains Michael Gerbes. “But still, we do have a very specific challenge. Movie trailers. You know, trailers usually have many cuts and super short passages where a single spoken sentence may be surrounded by a car chase and an explosion. So, in those cases, we sometimes do need to use some technical tools such as time stretch. We may edit almost one frame at a time to make the German version fit in.

And finally, one other thing about the German language is that speech intelligibility is critical. For instance, in English it is much easier to understand what is being said even though there is a lot of noise in the background. In German we need to be aware of this and therefore an extra layer of mixing and editing may be necessary to make a trailer work great.”

Obviously, with five ADR stages (additional dialog recording), eight editing suites and two full-blown mixing stages across the facility, the distribution chain and general setup need to be top notch and superbly designed to handle a workflow that involves a massive amount of simultaneous audio streams. That is where our AX32 and DX32 units come into play. 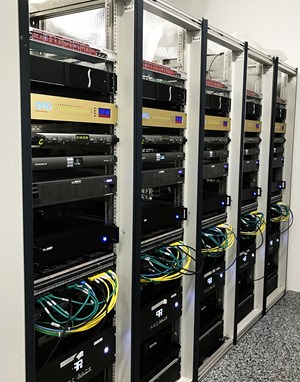 Each of the five ADR stages uses an AX32, utilizing 8 inputs and 24 outputs. And the two large mixing stages rely on a total of four Pro Tools HDX2 systems, each of which are connected to two DX32 units via MADI, plus there is one dedicated AX32 with AES, MADI and analog cards for each mixing stage that distributes audio signals to and from a wide variety of external processing, including equipment from TC Electronic, Lexicon, Eventide and Dolby.

The AX32 units for the mixing stages is connected via two MADI streams to an AMS Neve DFC Gemini 3 console, and via the DADman software, it is now easy and intuitive to insert any external processer on single channels or groups of channels directly from the mixing desk. 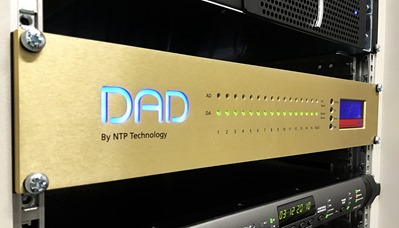 Further, for the mixing stages, the DX32 boxes are connected via MADI on optical cables. The decision to go for optical cables was necessary as there are approximately 140m from the ‘machine room’ and to the Neve desks.

So, wrapping up on the hardware, Berliner Synchron has no less than seven AX32 and eight DX32 units under their roof. 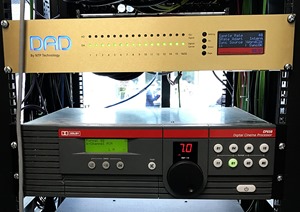 “The AX32 units for the ADR stages were highly recommended to us due to the high quality of the AD/DA converters, and now that I have heard them in action, I can only agree that they sound very good indeed,” says Michael Gerbes.

“Also, and most importantly, the DAD boxes caused no technical hiccups along the way whatsoever. It was just a matter of installing, configuring, connect and then forget about it because they simply work. It was beautiful.”

Florian Strucken of AVS-Medientechnik GmbH worked with Berliner Synchron as a technical consultant and integrator on the project.

Prepared for the Future of AoIP and Immersive Audioo

At the moment, Berliner Synchron has focused on moving location and not make any fundamental changes to the infrastructure of the technical system that works out great as is. However, they are very much aware that there is an early-stage revolution happening as we speak.

They do recognize that IP Audio is growing rapidly these days and that it is a field they will most likely have to investigate further in the future – so they did some preparations now that there was a window perfectly fitted for making fundamental design decisions. 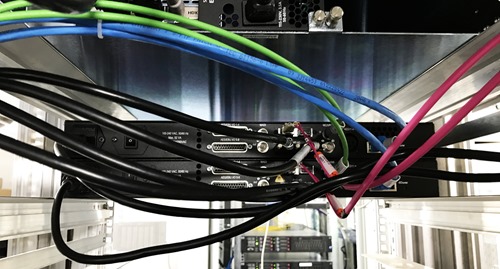 “For the time being, we are using the AX32 units for conversion, but it was also an important factor to us that it is a future-proof solution. For example, if we decide to go fully digital and move to IP audio at some point in the future, we can easily install Dante cards and would be up and running very quickly.

Especially since we included it in the planning up front now that we were building everything from the ground up. For instance, we decided to install network sockets in all monitor positions even though we don’t need them right here and right now, but this will make the process a whole lot easier once we decide to take the final leap towards IP audio.

And the same it true for the main mixing stage, as we have made the preparations for adding speakers to the ceiling in order to be ready for implementing new immersive audio standards such as Dolby Atmos. It is then ‘just’ a matter of buying the extra speakers – plus an additional Pro Tools System and some DX32 units.” 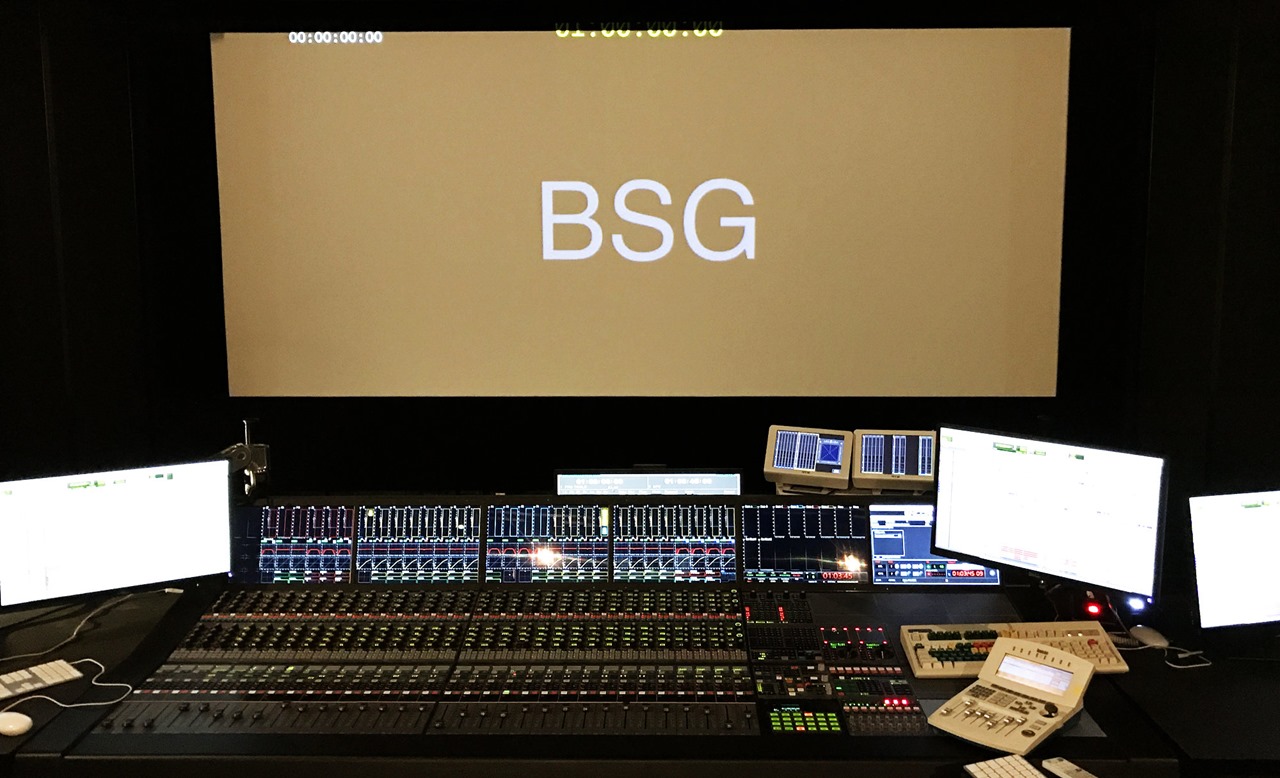 The two mixing stages are completely identical in terms of equipment and configuration, but not with regard to the physical size.

The downstairs mixing stage is the main space for mixing, but it was important to Michael Gerbes and his team to have a smaller, but technically identical, room where minor changes could quickly be made if the customer had some special last-minute wishes.

“It was key for me to be able to take a full project and open it in a second room so can serve a customer’s needs, but without interrupting the next project that is going on in the main mixing theater. This way, we can open a project and have access to all of the same tools and make changes that translate as expected – easily and quickly.”

As one would imagine, running an operation like Berliner Synchron puts some serious demand on the equipment. In fact, they usually work in two shifts from early morning till late night – sometimes even into the AM.

So, it is not unusual for the studios and mixing stages to run at full speed some 15-16 hours a day. Well, we are proud to take part in such an impressive facility, contributing to keeping the whole system operational – and not least deliver the great results that the Berliner Synchron customers have grow accustomed to over several decades.

And speaking of past decades, in the entrance lobby, Berliner Synchron has kept a nice collection of classic film equipment. While technically on the cutting edge, there is no reason not to honor the past as well! 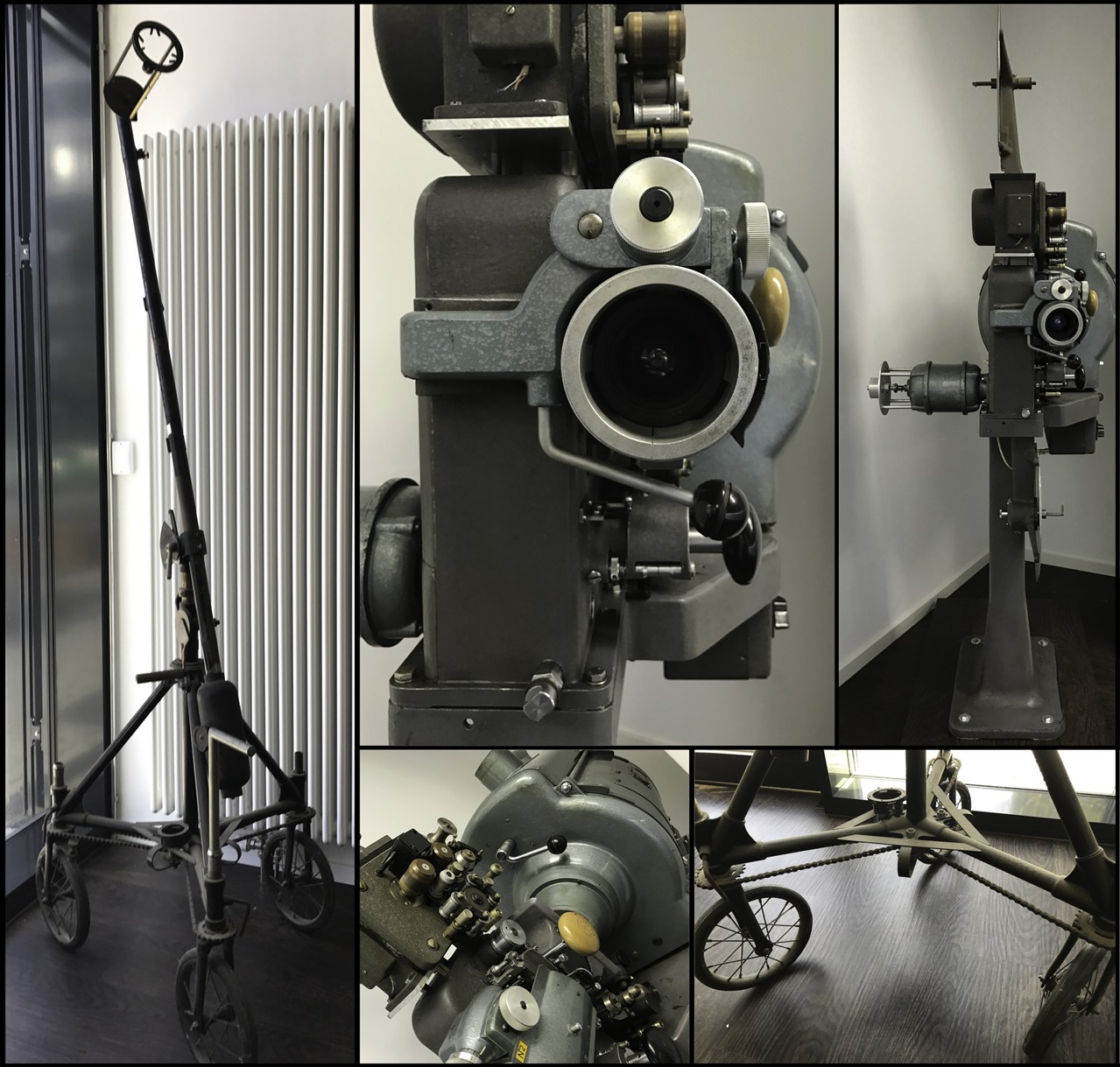