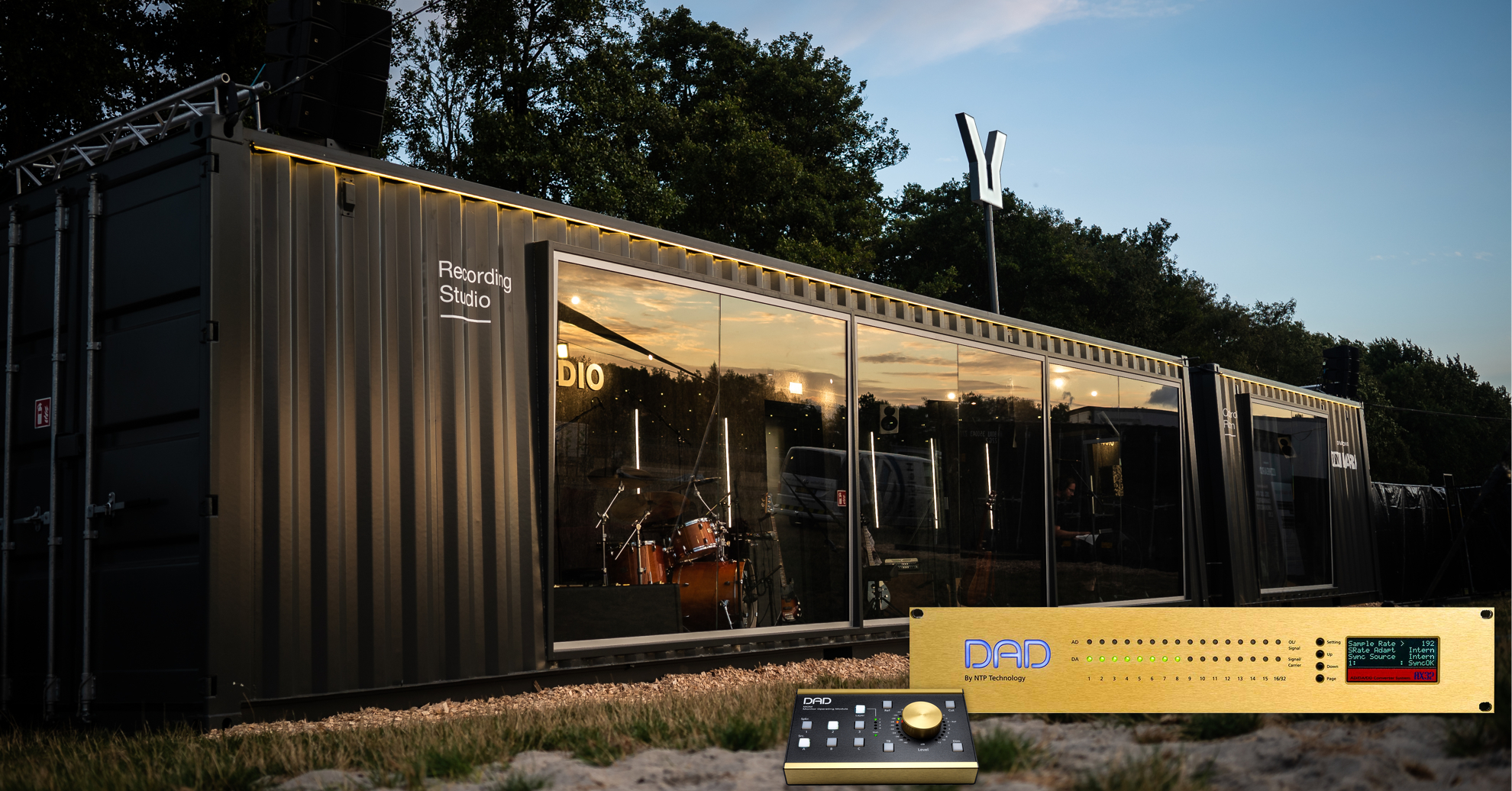 We are proud to be part of an amazing history of professional audio solutions originating from Denmark. Therefore, we instantly jumped on board when our friends from Dynaudio approached us with an unusual idea...

It turns out that a staggering 91% of all artists remain completely undiscovered by the masses. Sure, they have their own local crowds, but still, they struggle to get through the busy mix. Well, Dynaudio found those statistics unheard of – and decided to take matter into their own hands. 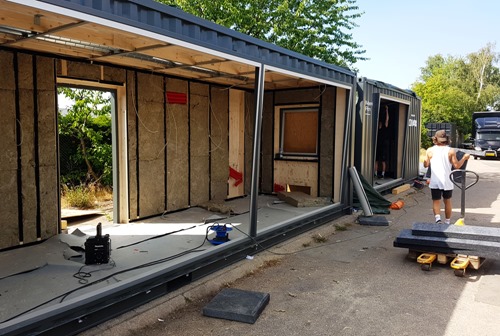 An idea of building a studio emerged, and a key part of it should be that the studio could be brought to the artists. Not the other way around. So, turning two huge cargo containers into a full-blown recording studio seemed like the obvious idea – and a pretty crazy one!

In the end, though, they decided that this was indeed the ideal solution and from then on it was simply a matter of getting started.

But cutting up two containers, installing power, lighting and air conditioning, fitting large angled windows on the sides and install wall-to-wall carpets is one thing. Getting the technical equipment set up and making it work is a completely different task. And obviously that is where we come in. 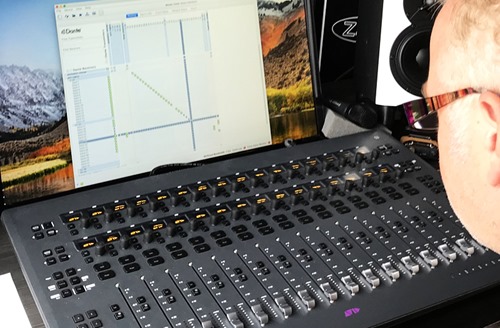 Many ideas were bounced around, but eventually it was clear that since this studio was supposed to be used for years and years, it would have to be future-proof. Therefore, they chose to go for a networked AoIP solution.

Since the studio should be divided into two halves – a large recording room and a smaller control room – simply running Ethernet cables between the two containers would be a great way to distribute high numbers of audio channels back and forth.

Ultimately, though, it turned out that also MADI, AES and analog lines were being used. 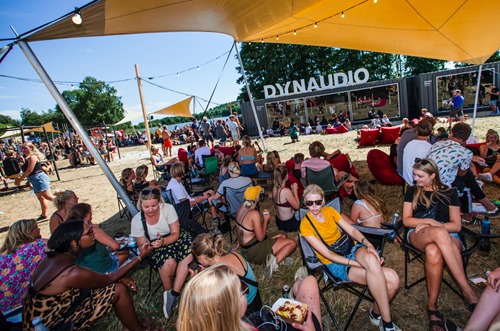 Now, since the initial idea was to bring the studio to the musicians, a music festival seemed like a perfect place to introduce the concept. And it just happens that one of Denmark’s largest music festivals is taking place every summer almost in Dynaudio’s backyard in Skanderborg.

In other words, ‘Smukfest’ was the perfect event to take the new mobile studio to the field.

Another thing that was a perfect fit for the concept was that during the first days of this festival, a lot of upcoming artists from Denmark were performing on some of the smaller stages. So, a lot of these band signed up for a recording session in the mobile studio that was appropriately named UNHEARD, by the way.

During the last half of the festival, a number of established Danish artist also came by the studio for a recording session. Surely, you can never get ‘heard’ enough. 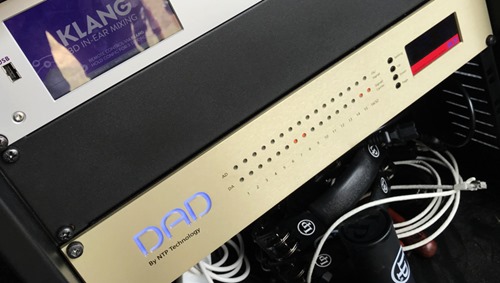 As mentioned above, it had already been decided to go for Audinate's Dante IP Audio protocol, so before incorporating any of the technical equipment, long runs of Ethernet cables were installed in the walls along with the power lines.

Since the studio should also be fit for a live video production with lots of cameras fixed in the rooms, as well as a camera crew moving around, it was decided to go for Cat7 cables instead of Cat6, as this would be the future-proof solution, not only on the audio side, but also for video feeds.

Further, since there would be an audience right outside the containers, it was also necessary to send a feed to a PA system on the outside, as well as to the control room for recording. 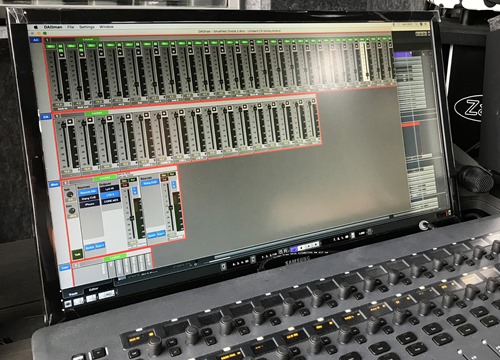 And in the middle of all this, an AX32 Audio Router and Converter acted as the primary centerpiece that connected and redistributed all of the audio channels. Physically, it was located in the Live Room with the musicians and was therefore also used as a stage box, as well as a high-end AD converter and audio-router.

Then all of the channels were routed via Dante IP Audio to the Control Room for recording in Steinberg’s Nuendo DAW. A second feed was sent via MADI to the PA system on the outside, and the video team also received an audio signal with a rough mix that could be rendered with the footage right then and there.

On top of that, AES and analog lines were also in use for feeding monitors and for the talkback mic.

Now, there was one more critical element that had to be handled – headphone monitoring for the artists. For this purpose, a Dante connection was once again the solution, as a KLANG:technologies’ Fabrik and three Quelle headphone preamps were receiving a feed from the AX32 on an Ethernet connection.

Below, you can see a basic overview of the most important connections in the Dynaudio Unheard setup: 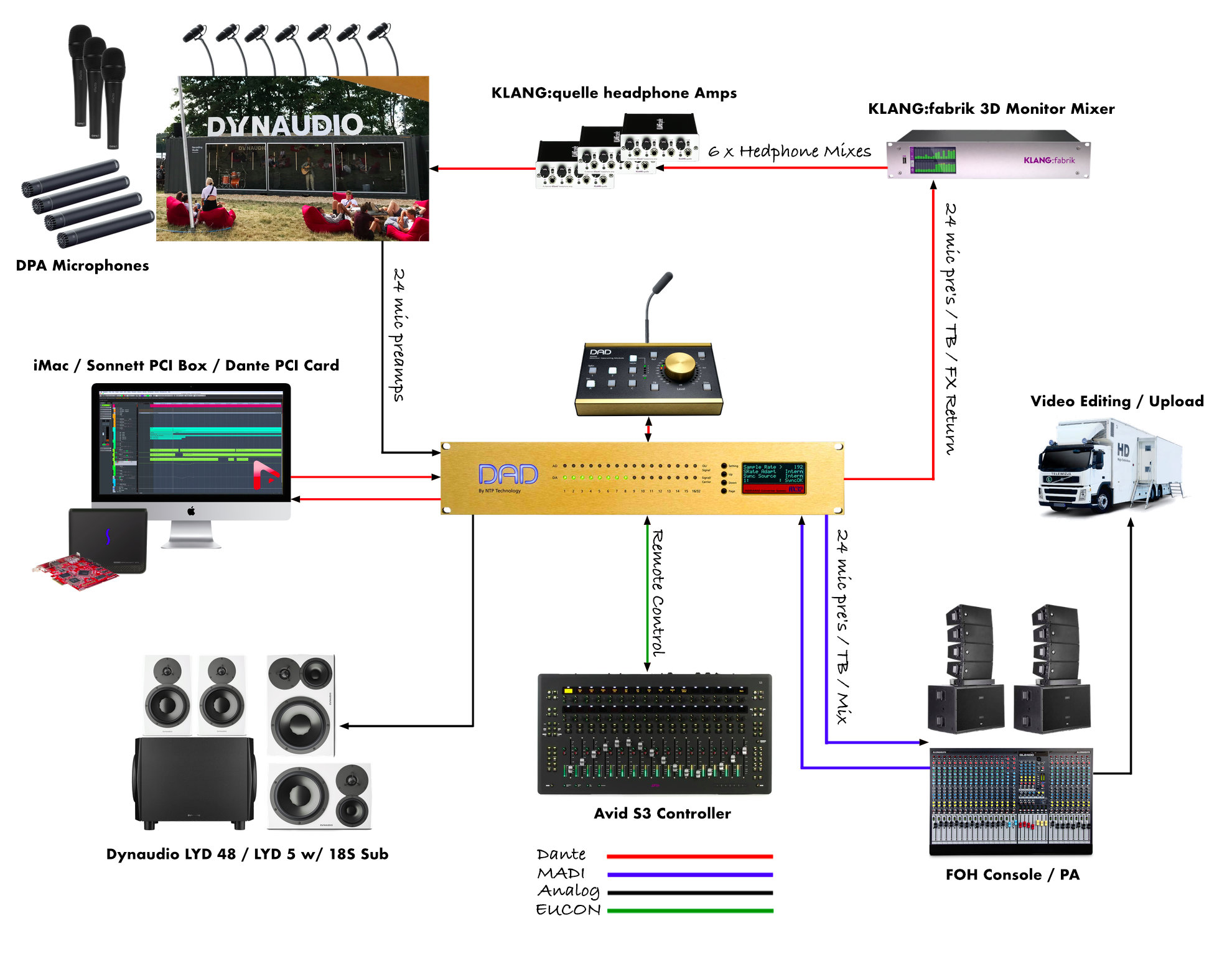 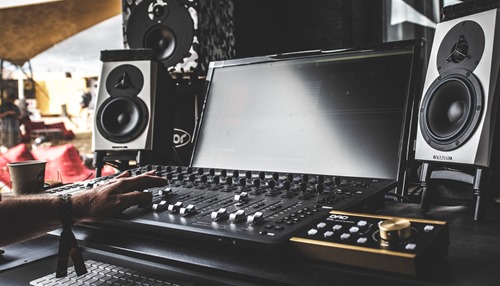 In the control room, producer and engineer, Ashley Shepherd, had an Avid S3 control surface, as well as one of our MOM monitor controllers. Apart from being used for the obvious task of switching between the various sets of Dynaudio studio monitors and controlling the level, it was also used for creating two different audio flows for talkback.

Obviously, it was necessary to be able to communicate with the artists in the other container, and in order to give the audience the full experience, this line of communication was also distributed to the outside PA system so everyone could follow the process of recording a song in a studio.

However, there was also a second sound engineer on the project, who was in charge of headphone monitor mixes and the mix coming through the PA. And obviously, the two engineers had to be able to communicate on a ‘private line’, so that was also set up in the DADman software and assigned to a layer of controls on the MOM unit. 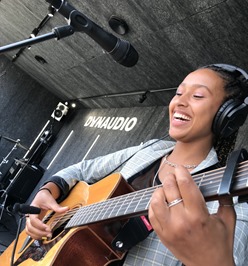 For capturing the performances, the Dynaudio Unheard studio relied on DPA microphones through and through for capturing vocals, drums, acoustic guitars and even amplified bass and guitar rigs occasionally.

And with the AX32 in the band room, it was obvious to take advantage of the fact that it can be expanded with super-transparent microphone preamps. In total, three cards with eight mic preamps each were installed for the studio being able to run up to 24 channels with pristine mic preamps and AD-conversion.

Let’s Hear It From the Producer

So, how did this all work out for the Unheard team? We caught producer and engineer, Ashley Shepherd, at Smukfest in the new mobile studio to hear how everything was working out during the always-critical debut.

Please note, if there is no sound, simply unmute by clicking the speaker icon in the lower left corner of the video.

Well, we’re definitely pleased to learn that AX32 and MOM have made a real difference in connecting all of the ‘dots’ in this rather crazy and mobile setup. We’re also excited to see where it might pop up the next time, but regardless of where that happens to be, we’re confident that it will once again be a great experience for everyone involved. And that AX32 will once again take a firm position right in the middle! 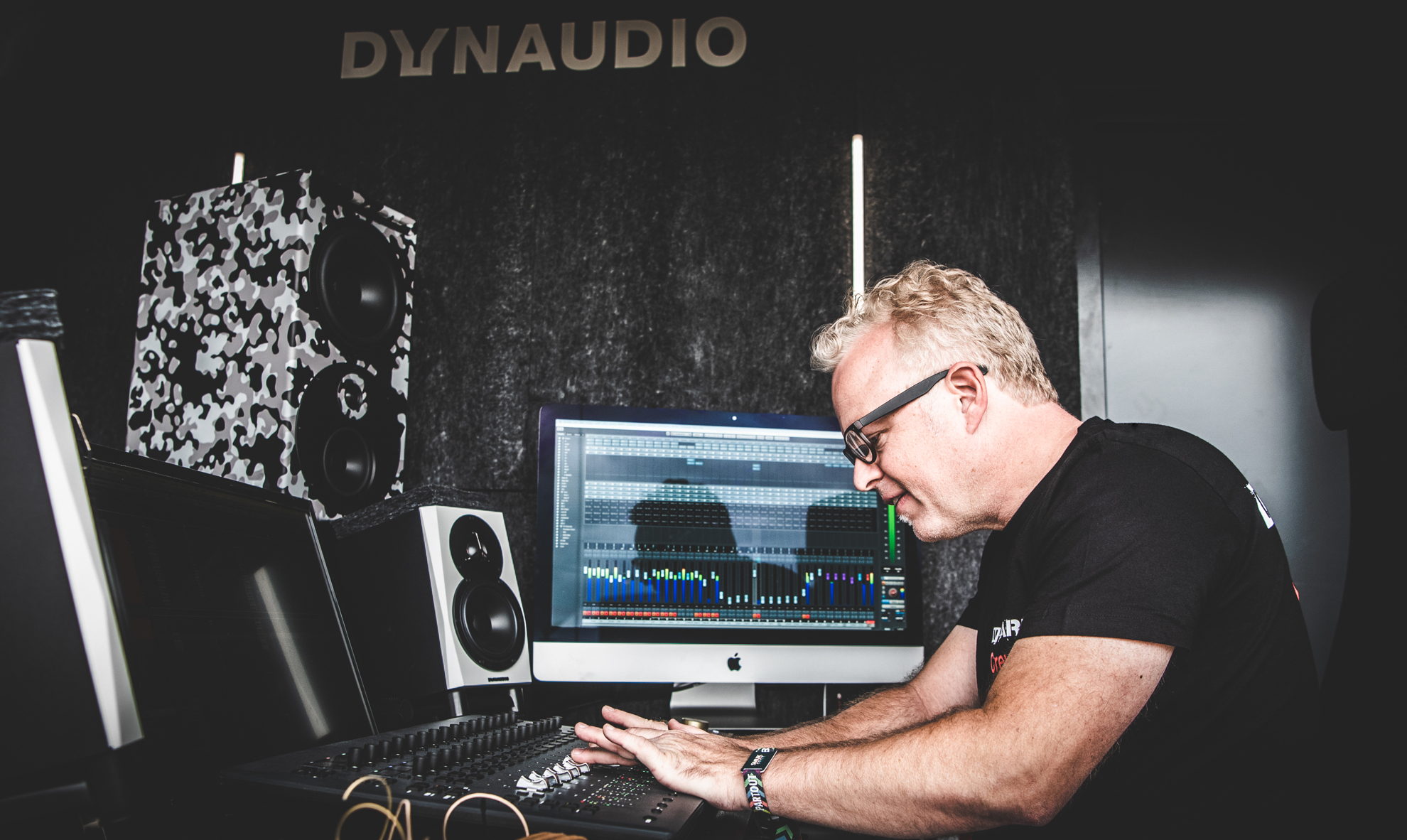