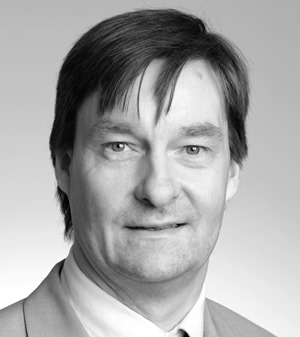 Square one. What is IP Audio? Basically, it is a vast number of audio streams traveling between digital devices through Ethernet connections in a scalable IP-based ecosystem. But obviously, there is more to it than that, so let’s dig in and take a closer look.

The first use of Ethernet as a medium for interfacing real-time audio was Park Audio’s CobraNet, which was introduced all the way back in 1996. That was followed by other proprietary formats such as Livewirefrom the Axia Audio division of Telos, Q-Lan from QSC and the Wheat Net-IP from Wheatstone. Further, a variety of other proprietary formats have since emerged. These include Audinate’s Dante in 2006 and ALC’s Ravenna in 2010, both of which are based on IP Layer 3.

The only actual standard for Audio over IP (AoIP) until recently has been the Audio Video Bridging (AVB) set of recommendations promoted by The Institute of Electrical & Electronics Engineers in co-operation with the AVnu Alliance. The IEEE’s AVB is based on IP Layer 2, but this has not yet evolved into an IP Layer 3-based format.

With all of these AoIP formats, of which the majority builds on proprietary technology, there is certainly a need for a common standard or set of recommendations that can help creating a fundament for true interoperability between these otherwise separated ecosystems of digital devices. And providing this interoperability between existing AoIP formats is quite a challenge.

Development of a universal AoIP standard within the existing standardization groups is very comprehensive, as the complexity of anAoIP implementation is much higher than for example the AES/EBU and MADI standards which we currently have in the audio interoperability field.

However, the AES67 standard published by The Audio Engineering Society in 2013 has actually succeeded in specifying the means for exchanging audio streams between areas with different networking solutions or technologies.

These are already in place based on existing and standard protocols and technology from the IEEE and IETF, as well as other standards. In addition, the non-profit Media Network Alliance has been formed by manufacturers and technology providers to promote and support the adoption of AES67 in the industry. The intention is not to invent new protocols or technologies, but to define how use existing protocols as a system in an interoperable way.

Other trade organizations like Alliance for IP Media Solutions (AIMS) have defined a roadmap to common standards for IP media, recommending AES67 as the format for ‘discrete audio’ in a video/audio media and broadcast environment which is also specified in the VSF TR-03 and TR-04technical recommendations.

So what does this mean in terms of future pro audiosolutions? Well, with AES67 the industry now has a means to provide interoperability for high-performance, professional digital AoIP networking.And the support from organizations such as the MNA and AIMS will facilitate the adoption of AES67 across the industry. In the end, the users who are faced with the task of deciding between the various AoIP solutions on the market will knowthat interoperability and interconnection between different systems are now possible via the available AES67 interface implementations.

However, one important thing to point out is thatAES67 does not cover AoIP aspects such as node advertisement and discovery. This functionality is typically specified to the networking solution or technology of the individual system. Yet, it can be expected that the various IP-based solutions will enhance their capabilities in order to adopt an AES67-compliant stream mode to facilitate inter-system interoperability, allowing multiple advertisement and discovery schemes in order to enable interoperability with more system solutions working together. Certainly, the commonalities defined by AES67 can be seen as the ‘glue’ between these various networking solutions.

While we definitely endorse the efforts to unite independent AoIP solutions under the AES67 umbrella, we have also chosen to support a certain AoIP protocol. And no, it is not our own proprietary solution named DADoIP or something similarly silly – we chose to use Audinate’s Dante platform.

There are several reasons why we chose this protocol, but the one to mention above all is that since IP Audio is still to some degree functioning as a closed ecosystem, Dante by far offers the widest palette of other digital devices that can tap into the network. And having a product like the AX32 that can handle an audio routing matrix of up to 1500 x 1500 channels, flexibility is a priority.

In other words, with an AX32 as one of the centerpieces on a Dante and/or AES67-compatible network, you gain the kind of flexibility that allows you to set up comprehensive and utterly complex workflows – and switch between them in seconds, saving huge amounts of valuable production time and making sure that you always deliver great quality right on time.