"If you can dream it, you can do it!" Those were the wise words of Walt Disney, and this story is a great example of exactly that...

Wayne Stuart of Stuart & Sons is an Australian grand piano builder, who had a dream about rethinking the piano, creating an extended range both high and low. Eventually, this dream came true, and the result is the world's first 108-key grand piano, adding 20 extra notes to the conventional range. 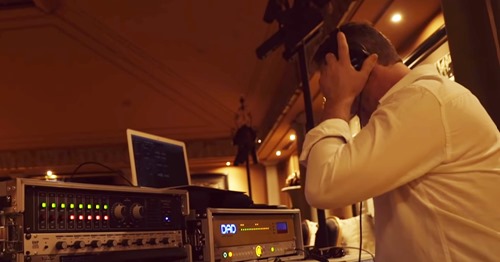 And to find out how it would really fare in a musical context, Australian location recordist Craig Field of Underwood Studio set out to capture this fantastic, 3 m long instrument in high resolution. This was a unique opportunity to actually record one of Bach's pieces the way it was written - and exactly as it was originally meant to be.

In order to capture every single note in as much detail as possible, Craig Field used Sony C100 high-resolution microphones and fed their signals directly to one of our AX32 units with the preamp card installed. As Craig Field puts it: "I've been seeking a transparency in my recordings for quite a long time, and with such a microphone in combination with our super-transparent mic preamps and AD-conversion, it is a setup that is hard to beat."

Watch the documentation of the process and the story behind in this video: