See NTP Technology on stand 843 (with US distributor plus24) and on the Avid Connectivity Partner Pavilion at the
AES Convention, Jacob Javits Center, New York City, October 29 - November 1, 2015 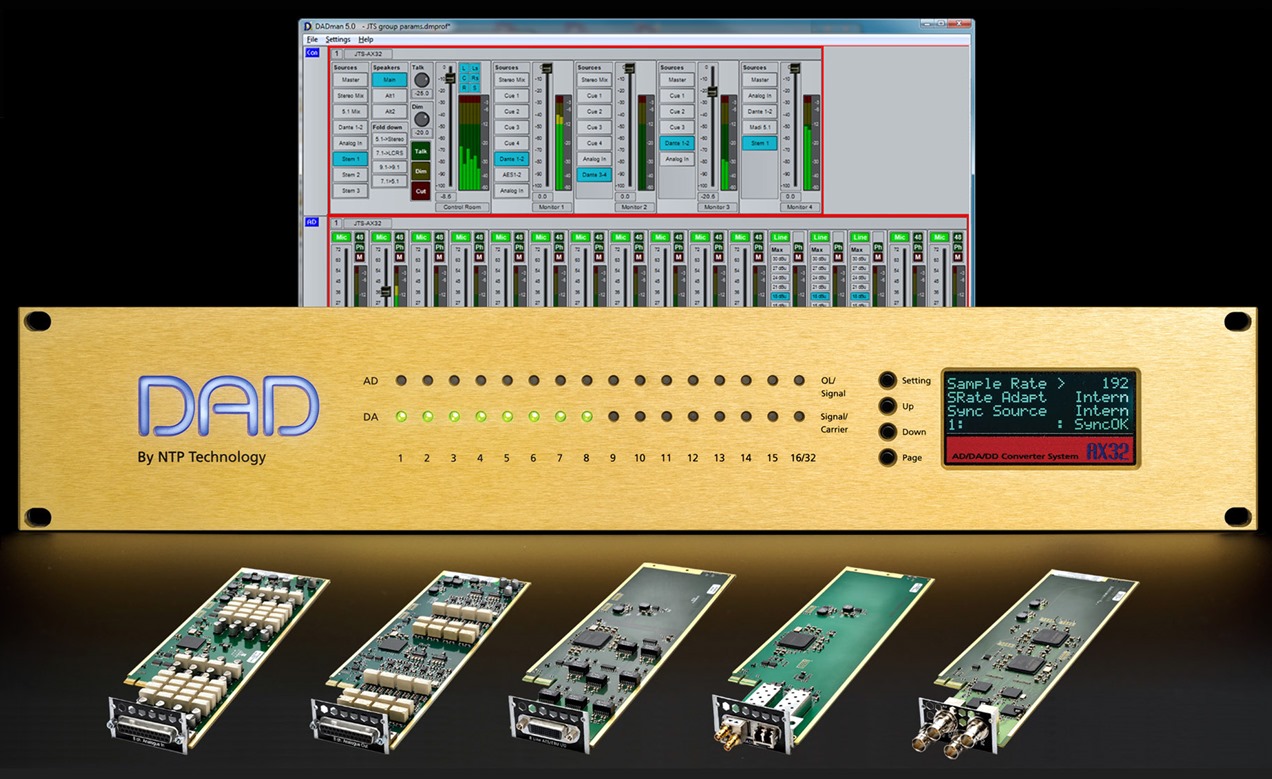 The internal signal capacity of the AX32 been increased to 128 input/output channels per card slot. In addition, the internal matrix now has an enhanced capacity of 1,500 x 1,500 crosspoints allowing routing and splitting of signal in any combination.

The AX32's internal processing engine is now capable of providing PPM level information and level control for all 1,500 input and outputs. These can be viewed on a standard PC control screen when viewing signals in the new DADman 5.0 software.

This new functionality in is addition to the 256 x 32 summing processing which is used to provide Pro | Mon monitor control functionality. A user-configurable low latency cue mixer, Cue | Mix, has also been added.

The range of I/O cards for the AX32 has been expanded with the introduction of a dual MADI I/O module plus an 8 Line I/O AES3 (AES/EBU) module with optional sampling rate conversion. These can be installed as plug-in modules and configured from the control software.