NTP Technology, a leader in the development and production of audio conversion, routing and signal processing systems, introduces the latest version of its Visual Matrix Control (VMC) routing software.

VMC is a flexible and configurable Windows-based user interface for managing audio routing between studios. It has a wide range of applications both in broadcast facilities and audio post-production houses. VMC allows efficient and versatile management of signal routing and monitoring in the NTP Blue | NET MADI and AoIP routing control system.

VMC allows fast and easy GUI-based routing of audio signals in various formats from all connected interfaces. All signal levels can be viewed as peak programme meters and individually monitored. Flexible scheduled routing automation can be managed as well as signal-dependant routing. 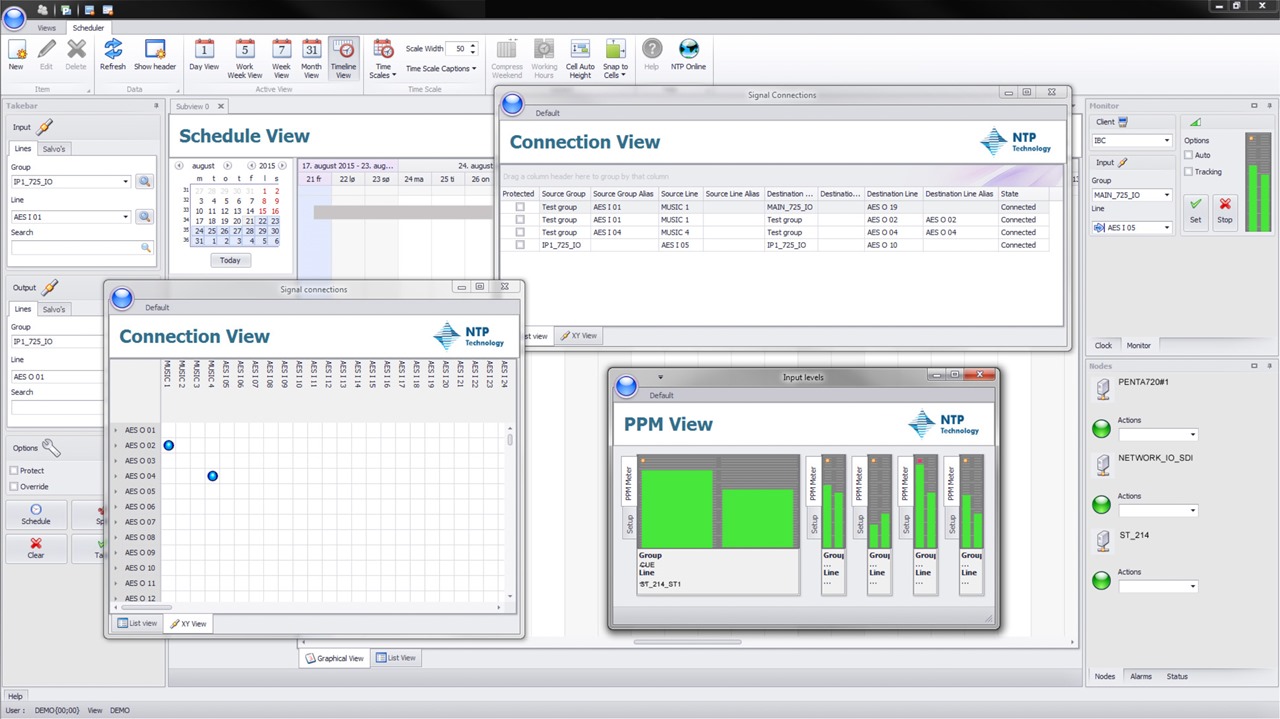 VMC is a client/server based application allowing multiple instances to run in parallel. This multiple user functionality includes individual user rights management for access to the various control features.

Based in Copenhagen, NTP is part of Dan Technologies Group, one of Europe's leading suppliers of audio, video, transmission products and digital media solutions.