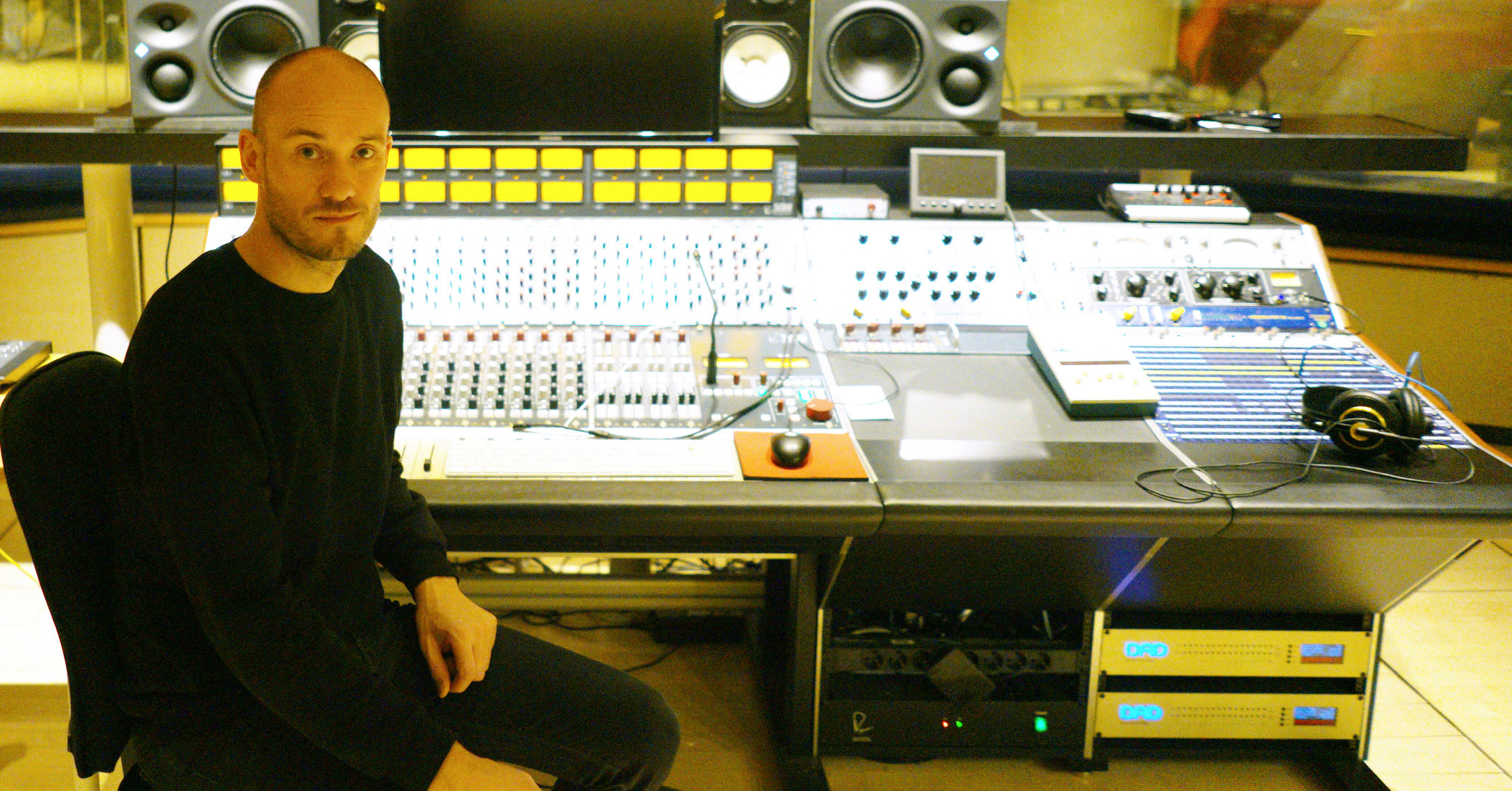 When shaping the Tonmeisters of tomorrow at the Royal Academy of Music in Copenhagen, the analog domain has once again claimed the higher ground. And to make sure that every delicate analog nuance enters the digital domain in full, two AX32 units hold the conversion line.

We first met Jesper Andersen, who is Associate Professor and Head of Tonmeister Studies at the Royal Danish Academy of Music in Copenhagen, in connection with their Ambisonics stage, which is also powered by an AX32 with onboard SPQ Speaker Processing. But that is a different story, and you can read it in full and get all of the details right here…

However, as we were about to leave after having seen the impressive immersive Ambisonics room, Jesper asked if we had time to also see their studio, which had recently undergone some serious changes. Obviously, we would never miss out on an opportunity for a studio visit and as it turned out, we were about to open a chapter in a very interesting – and considering the technological development in recent decades also quite an unusual – story of a high-end audio production environment that had deliberately taken a U-turn and made a move back ‘out of the box’.

Turning Bad Luck Into Something Good…

Unfortunately, the studio used at the Tonmeister education at The Royal Academy of Music in Copenhagen was flooded some years ago. However, Jesper and his colleagues decided to turn the unfortunate situation into an opportunity for completely rethinking the technical setup. 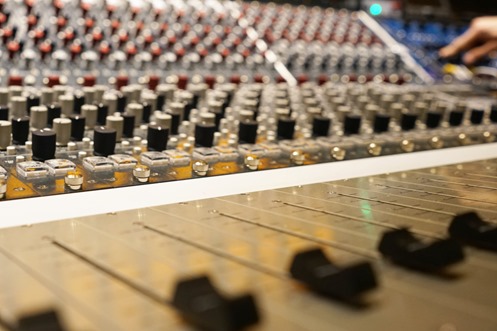 The previous audio infrastructure was mainly digital, and a digital Lawo console effectively acted as a massive remote-control surface for the computers running in the ‘machine room’.

Now, a central element in the Tonmeister studies is indeed about learning to distinguish between subtle sonic flavors and nuances that go far beyond cutting or boosting a certain range of frequencies. Therefore, it was decided to try to raise funds to get a more analog front-end for the studio.

It turned out to be a tough task, but eventually they succeeded in getting the appropriate funding for the project – the lion’s share of the budget went into an amazing, analog Rupert Neve 5088 console.

And on top of that, a wide range of analog preamps and processors were also installed, which gives the students a chance to explore a wide palette of distinct analog colors and thereby learn how to use them in various ways to their advantage. 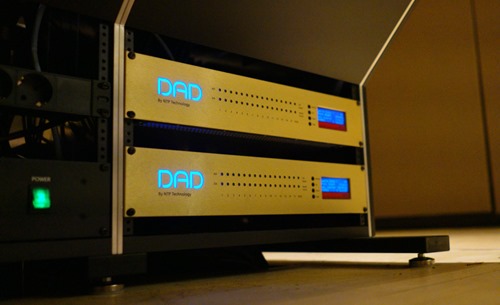 So far, so good. When having such a nice analog front-end, Jesper and his team obviously wanted to make sure that none of the sonic details got lost in translation when making the move into the digital domain for recording and editing.

Further, the analog processors are not just for tracking, but also for mixing, so an analog patchbay also had to be integrated and would essentially pass audio between analog destinations, as well as ultimately to the digital domain.

In other words, there was a significant need for a high-quality AD/DA conversion solution – which brings us to the two AX32 units residing comfortably under the faders and knobs of the Neve desk. The reason for this particular location is simple. In the building, it is possible to record from a variety of locations and cable runs can become quite long. So, in order to keep the additional analog cable runs to and from the patchbay and console to the converters as short as possible, they were placed by the console, passing on the digital audio via a MADI connection to the computers in the machine room.

Further, it was also decided to add the preamp license for two of the analog expansion cards in order to provide 16 channels of ultra-clean recording for situations where absolute audio transparency is deemed more important than certain – and deliberately applied – analog flavors from e.g. the Rupert Neve console or the Tube-Tech, Chandler, AMS Neve or Avalon units in the racks.

Diving into the Analog Audio Infrastructure 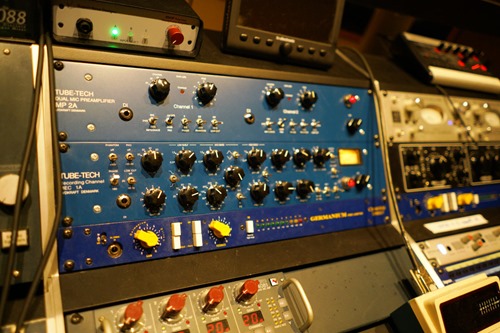 Next, we took a closer look at the design of the patchbay. Jesper explains that it has been wired to be completely open-ended, meaning that you can break any connection and re-route any signal to any destination – almost like having an analog AX32 at your disposal. So, if you wipe the patchbay from end to end, you have a system with 48 recording-ready tracks along with full monitor mix for the musicians without any need for additional cabling.

On the input side of things, the 48 channels are divided between 16 Neve channels on the main console, 16 channels via the additional analog rack units and 16 analog input channels on the AX32’s with the optional mic preamp license activated. The patchbay is normalled and set up so that e.g. input 1 goes to the first channel in the DAW and is returned to the first fader on the Neve.

On the output side, the studio has a total of 40 channels, sending the first 16 back to the 16 faders on the Neve desk. The next 16 channels go to the headphone monitoring system and the final 8 are for monitoring on the various stereo speaker sets.

Getting A Taste for the Subtle Nuances 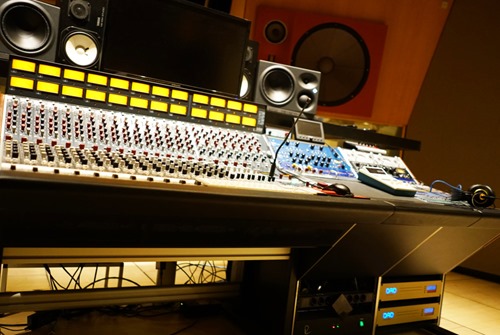 Jesper carefully stresses that everything in the studio sounds great – but in different ways. For instance, he mentions that a great microphone on, say, a piano will sound great in different ways depending on whether you run it through the Neve console, a Tube-Tech preamp, an Avalon preamp, a Chandler preamp or a DAD preamp. But that’s just one or two tracks. Once you start adding layers upon layers, the analog nuances begin to pile up and accumulate into the overall sound of the production.

In other words, the Tonmeister students not only need to learn how to identify and describe the subtle sonic nuances of any one instance – kind of like fine wine tasting – but they also need to become familiar with how all of these different nuances blend together in a mix.

Perhaps a DPA pencil mic recording an acoustic guitar through a Neve channel will blend particularly well with a Royer ribbon mic recording a flute through a DAD mic-pre-enabled channel. But as Jesper also clarifies once again, that is just a few tracks, and some projects might end up utilizing all 48 channels simultaneously, or when the students work on pop productions hundreds of layers may be stacked. So, being aware of these subtleties from the start when you set out to record the first track is an important skillset to develop.

Perhaps a little surprisingly, Jesper and his Tonmeister students have developed a real taste for using ribbon mics on classical recordings. Jesper admits that usually, you would assume that the high degree of sonic coloring that ribbon mics introduce would be a deal breaker on classical music – normally you would use them on e.g. jazz or pop music.

However, Jesper shares that on a classic string quartet, two Coles ribbon mics placed in just the right spot sounds truly amazing. These mics do require huge amounts of gain to achieve that jaw-dropping sound, though, and here the DAD preamps are the perfect solution:

“They deliver tons of gain and virtually no noise, and they are also completely transparent, which is what we want in this case where the ribbon mics provide plenty of sonic flavor to the table. In my mind, they are a perfect match.” 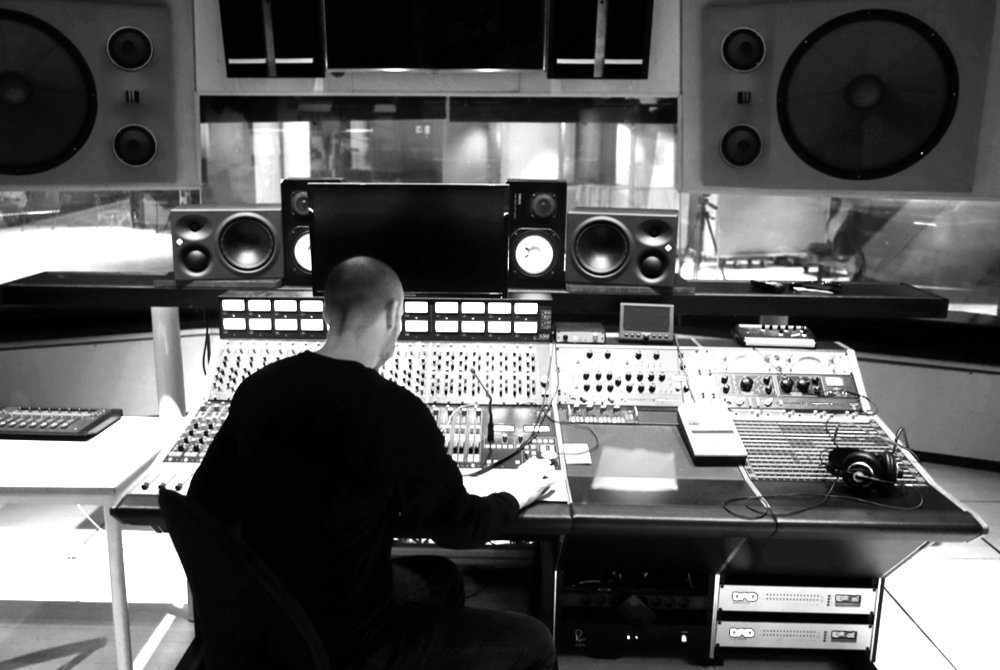 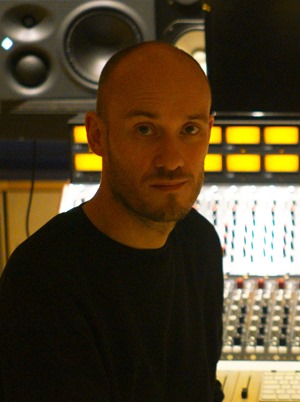 As a final note, Jesper shared with us that as part of the installation process of the main desk they had the managing director of Neve come visit, and when he was told that the console would be connected in an AX32 conversion solution, his response was short and sweet: “Cool!”. He just knew that it would make the sound of the desk enter the digital realm safely and as intended.

“You know, the Neve desk and the rack outboard add color to the sound, but we want that color to be preserved all the way to the DAW,” Jesper elaborates. “And if we don’t want any color at all, we use the preamps in the AX32.

One of my favorite ways to record symphonic music is to simply place a stereo pair of DPA 4006 mics in a golden spot close to the conductor’s position and run them directly through the DAD preamps. This approach just gets you the most amazing results.”

Yes, amazing results and preservation of delicate analog sonic flavors – we just love it when our units are being used in such environments and with such purposes. So, huge thanks to Jesper for taking out the extra time to also show us the delicious Tonmeister studio!